ToolTool - Tools are on the users hand, both in VR and desktop, and in edit mode and play mode. The default tool in play mode is the player's hand (used to grab entities in the world). Access to Editor tools while playing might be restricted by the Creation.s in Modbox are on the players hand both for VR and Screen players. They can also be used while playing as a Player AvatarPlayer Avatar - Player Avatars are entities Users can take over in play mode. Any entity with a Player Avatar component can be taken over and controlled by a local/online user, or a bot. Depending on the creation settings they can respawn on dying. if the CreationCreation - A Creation is a Game/Experience created in Modbox. Modbox Creations contain Worlds to play in. allows for it.

Use the radial menu (with the Interact button on screen, or in VR with the trackpad/joystick) to select a tool. For some tools another window will open up to set controls / edit. 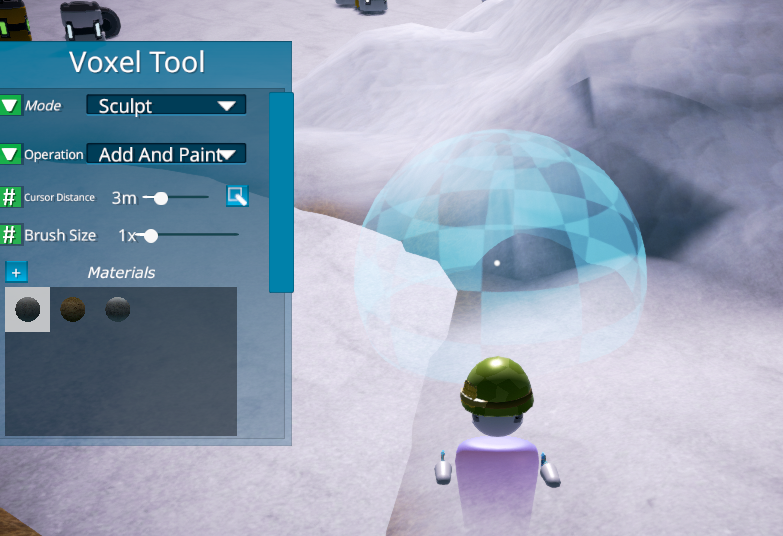 When using a Tool as a screen player - some tools will have another tool window which will open in the other hand. The other Interact button can then be used to switch to that window to set options.

Updated about 2 years ago