You can set the 'Default Role' for players when they join your server, which sets what they can do on the server. The role options are: 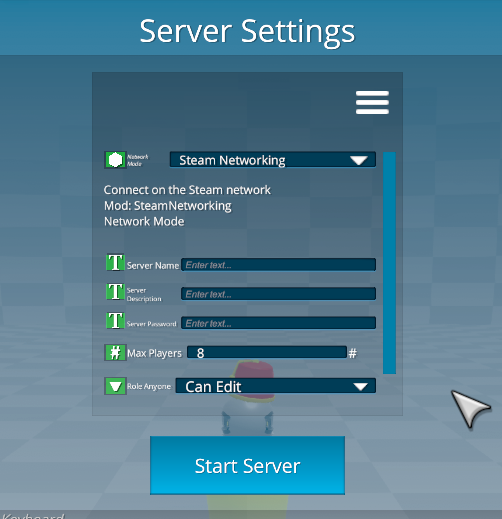 Servers can also set passwords to enter.
And depending on the Network Mode - can set options such as Voice Chat.

Updated over 1 year ago